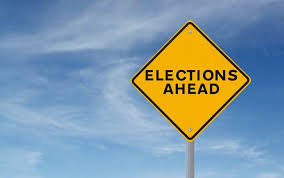 For much of our history, America was a predominantly agrarian society. Lawmakers took into account that November was perhaps the most convenient month for farmers to be able to travel to the polls. The fall harvest was over, (spring was planting time and summer was taken up with working in the fields) but, in the majority of the nation, the weather was still mild enough to permit travel over unimproved roads.

Since most residents of rural America had to travel a significant distance to the county seat in order to vote, Monday was not considered reasonable since many people would need to begin travel on Sunday. This would, have conflicted with Church services and Sunday worship.

WHY THE 1st TUESDAY AFTER THE FIRST MONDAY?

Lawmakers prevented election day from falling on the 1st of November for two reasons. First, November 1st is All Saints Day, a Holy Day of Obligation for Roman Catholics. Second, most merchants were in the habit of doing their books from the previous month on the 1st and Congress was worried that the economic success or failure of the previous month might influence the vote!